This is not a joke! The rapper has landed a deal with NBC to star in a sitcom written by veteran sitcom writer Don Reo (Two and A Half Men).

It seems as of late NBC is thinking about switching up their formula for its sitcoms, straying away from workplace comedies (The Office, 30 Rock, Parks and Recreation, Free Agents), to shows that are headlined by comedians/well known personalities. NBC has landed Whitney Cummings to star in her self-titled relationship comedy Whitney (which just landed a full season pickup), Chelsea Handler will be co-starring in her own comedy Are You There, Vodka? Its Me Chelsea due at midseason, and Dane Cook just signed a deal to star in his own pilot, due out next year.

This could be a smart shift in NBC’s comedy development department. Even though the networks current slate of single camera comedies are loved by critics and award shows, they aren’t really loved by the viewing public; seeing that none of their current lineup of comedies are huge rating winners. Maybe some star power and the classic mulit-camera format is just what NBC’s needs to rejuvenate their sitcom lineup.

Will Snoop Dogg be a success on NBC? Some people may say no at first. Did people think that Will Smith was going to be a star when The Fresh Prince of Bel-Air started airing in the fall of 1990? No, they didn’t. Look how that turned out (food for thought). 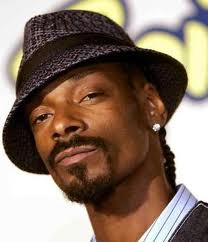