Must See TV was the tagline for NBC’s incredibly successful Thursday night lineup from 1982-2006. Must See TV was where some of the NBC’s most popular comedies ever resided (The Cosby Show, Seinfeld, Friends, Will & Grace). 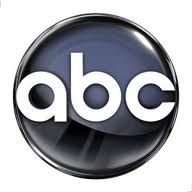 Even though NBC has had a four (and as of late, a six) comedy line-up on Thursday nights, the ratings and popularity of these current shows (Community, Parks and Recreation, The Office, and Whitney) are far from the successful Thursday nights on NBC just 10 years ago. NBC eventually got the hint that their Thursday night line-up wasn’t as powerful anymore and removed the tagline from the line-up once shows like CSI and Grey’s Anatomy started to beat the lagging comedies in the ratings.

Yesterday I posted a blog on why Wednesday’s are my favorite night of the week. ABC’s Wednesday night line-up is one of

The impressive story was in the 9p.m. hour with Happy Endings. The critically acclaimed but ratings challenged comedy received its best

ABC could have the new Must See TV lineup because of its solid line-up of quality shows that entertain, as well as kills its competition in the ratings. When was the last time NBC was able to claim that?