Charlie Sheen is making his TV comeback much sooner than many expected. 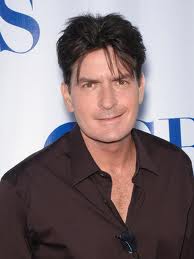 After being fired from his hit CBS sitcom Two and a Half Men less than, Charlie Sheen will star in a new sitcom for FX Anger Management. The Dunbar-Mercury distributed show is a re-make of the hit 2007 movie starring Jack Nicholson and Adam Sandler. Sheen will play the role of the volatile therapist who leads an anger management group (the role played by Nicholson).

Sheen was adamant about returning to television very soon, saying that he was indeed shopping a sitcom around to

very networks like Fox, ABC, FX, USA, Comedy Central and even TVLand. However, this was fresh off of his firing from Two and a Half Men when he was going through his “WINNING” and “tiger blood” stages; so nobody took him seriously. After this announcement, people better that getting serious.

Dunbar-Mercury distributes TBS sitcoms Tyler Perry’s House of Payne and Meet the Browns, and Ice Cube’s Are We There Yet? under the 10/90 production model. The network only orders 10 episodes for its initial run, if the network thinks the ratings are good enough, the show will be picked up for an additional 90 episodes and then sold into syndication. Anger Management will start its 10 episode run on FX this summer.