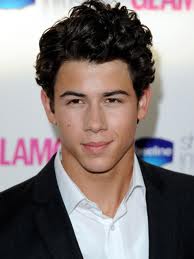 comedy Last Man Standing on ABC as the estranged father of Mike’s (Tim Allen) young grandson. Jonas is set to appear in the Christmas themed episode set to air sometime in December. Mike will have to learn how to set aside his feelings about Ryan and his past mistakes for the best interests of his grandson for the Christmas holiday.

Jonas will be playing Ryan, who has often been talked about, but not yet seen on the new sitcom. This will take Nick Jonas away from his squeaky clean image from young pop sensation, and transform him into a deadbeat dad.

Nick Jonas recently starred in the Disney sitcom Jonas for two seasons starring opposite his two brothers, Joe and Kevin.