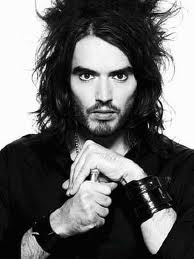 British comedian Russell Brand will be getting into the late-night arena on FX this spring.

FX has been looking to get into the late-night arena for some time now, and its finally happening. The network will team up with

Brand on an unscripted comedy series that will feature Brand in front of a live studio audience commenting on various things in pop culture, politics, and current events.

The untitled, half-hour series will run for six weeks starting this spring.

“We’re very excited to add Russell Brand’s bracingly funny, original, and honest voice to the FX comedy line-up. We look forward to supporting Russell and his partner Troy Miller’s ambition to strip down the hosted comedy format to its most fundamental elements and to create something daring and unfiltered for the FX audience.” – FX Executive Vice President of original programming Nick Grad

This isn’t the only deal Brand has with the 20th Century Fox studio. In addition to entering the late night arena, Brand will make his way into primetime on Fox. The network has picked up an animated series from Brand, with the actor attached to star as a voice talent for the series. Details on the show havent been released, but the show is rumored to be based loosely on Brand’s life in his 20’s.