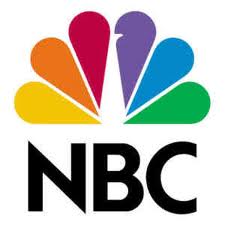 Where do I even start with NBC? NBC hasn’t been the same since Friends and Frasier went off of the air in 2004, that was 6 1/2 seasons ago! Some hits have graced NBC in the last 6 years, but nothing on the scale as those two classic sitcoms. Every season at the Upfront presentation – where network executives flaunt their new fall shows to advertisers and the media – they always think the new season is the season where they’re going to leave 4th place and have an incredible surge in the ratings. The net previewed a lavish 1960’s Playboy drama, a much-anticipated British police remake, a Broadway musical-themed drama, and a comedy starring some sitcom veterans, and thought all of these shows would help in the ratings. Boy, where they wrong.

It’s obvious that you’re a network in trouble when the only new show returning for a second season is Harry’s Law, starring Kathy Bates, a show which barely registers on the radar in the 18-49 demo. NBC tried to make bold moves this fall. Holding off the majority of its shows until mid-season to get an extra push in advertising from The Super Bowl, creating a new Wednesday night comedy line-up, and putting an unconventional sitcom on Thursdays, when its clear it doesn’t mesh well with the rest of the line-up. None of this worked for the Peacock network. 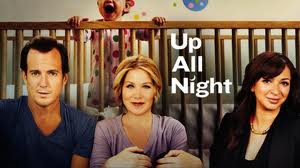 Lets start with what NBC did accomplish this fall, finding a sitcom that they can nurture into their next signature sitcom. This would be Up All Night. Critics wondered why this show, starring Christina Applegate, Will Arnett, and Maya Rudolf wasnt paired with The Office on Thursdays right out of the gate, instead of trying to find an audience against ABC’s The Middle and CBS’ still strong Survivor. Being paired with NBC’s cancelled-after-four-episodes Free Agents wasnt the best idea in the world. Being paired with repeats of new Thursday night sitcom Whitney wasnt the best idea either. NBC execs finally got the hint that this show was actually good, and saved it from its misery, picked it up for a full season, and moved it to Thursdays at 930p.m., starting January 12th.

The only other bright spot on NBC’s schedule this fall was an unlikely one in the new Friday night fantasy/crime drama Grimm. Grimm debuted in late October to surprising ratings, opening to 6.56 million viewers, which is great for NBC, great for an 8 o’clock series with no lead-in, and great for a new Friday night show. Ratings have held up in the weeks following, and was picked up for a full season on November 21st.

I also have to applaud NBC from reviving its old reality show Fear Factor for the Christmas season. Debuting to over 8 million viewers in its Monday 8p.m. slot has given NBC its best numbers on that night in years. While its only a “limited series” now, there could be hope that Fear Factor could return as a regular series in the summer, or even next fall. 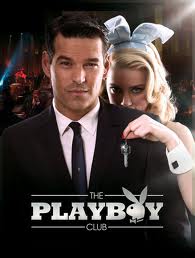 Now onto the bad, and there’s a lot of it. Lets start with the fact that NBC was the first network to pull the plug not just one, but two series this season; The Playboy Club and Free Agents. NBC thought The Playboy Club was going to be their new flagship series of the fall, giving it a huge promotional push over the summer. Premiering to a lackluster 5 million viewers, The Playboy Club closed its doors after 3 weeks after it aired. Free Agents suffered the same fate, even though that it had the opportunity to are one extra episode than Playboy. The worst thing about the story of these to failed shows, NBC President Bob Greenblatt ensured critics and fans that a cancellation wouldn’t be close, despite low ratings, and the shows would have time to grow creatively and find their audiences’. Both shows were cancelled just a week after Greenblatt made his announcement.

Prime Suspect was also a dud this season. This show got the best timeslot for a drama that NBC could give, Thursdays at 10p.m. Prime Suspect only

grabbed 6 million viewers in its inaugural showing, way below the expectations of the network, however, NBC didn’t get up on the show so quickly. Prime Suspect got the chance to fight by getting a new timeslot, Mondays at 10 after the brand-new newsmagazine Rock Center with Brian Williams. The show still didn’t impress in the ratings. On November 14th, NBC announced that Prime Suspect would be leaving the scheduled after its 13 episodes aired. While not officially cancelled, but its a sure bet that we wont see any new episodes of Prime Suspect after the finally 2 episodes air Saturday, January 21st.

New shows werent the only disappointment for NBC this fall. Third season comedy Community continued to fail despite the hype given to it by every critic who watches television. After multiple weeks of attracting less than 4 million viewers, it wasn’t a mystery that the Thursday night comedy was absent from the NBC spring schedule. Not cancelled yet though, the series still might be back on the schedule sometime before May, even though that’s highly unlikely. 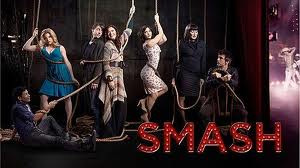 NBC has a lot to look forward to in the new year with The Super Bowl in February, the return of its monster-hit singing competition The Voice, the most well reviewed new series of the entire season, Smash; as well as other series that have the opportunity to be great hits for the network – drama series Awake, comedy series Bent, and the new drama thriller The Firm. As well as the big return of veteran comedy 30 Rock.

Of all of the networks, NBC has the most to work on in the new year. Lets hope that The Voice is as big a hit it was over summer, Smash doesn’t disappoint under all of its hype, and Awake, Bent, and new comedy BFF all get time slots soon so NBC can start its much-needed rebuilding process.