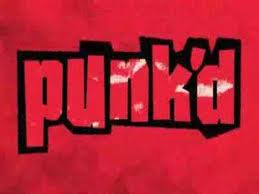 MTV has the bragging rights of being the first network to break TV news in 2012. As promised by MTV back in mid-December, all of the details on the new season of Punk’d would be revealed on New Years Eve as part of the networks annual New Years Eve celebration.

The new season of Punk’d will premiere Monday, March 19th and will be a very different Punk’d than the 2003-2005 series that we may remember. Instead of one permanent host (Ashton Kutcher) like the old version, the new season will be hosted by a new celebrity each week. Host lined up for the new season include Justin Bieber, Miley Cyrus, Bam Margera, and original Punk’d prankster Dax Shepard. These guest host, among others who still will be announced, will be pranking their best famous friends in Hollywood.

Those aren’t the only changes in store for the new season. For the first time ever, Punk’d will go behind the scenes of the prank to see what goes into pranking the unsuspecting stars, giving the viewers an inside look at how some of the highly choreographed pranks are pulled off.

Miley Cyrus, with the help of Kelly Osbourne, will be one of the first celebrities to get the chance get revenge on one of their best friends, Khloe Kardashian.

Check out the sneak preview here:

Personally, I think Punk’d returning to MTV and pranking a whole new set of celebrities is a great idea. However, the new season wont be complete until we see the original Punk’d master himself, Ashton Kutcher, get the revenge that he deserves. The only person that should give it to Ashton….Justin Timberlake. Somebody get JT on the phone!