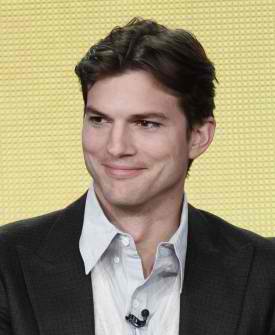 The terrible haircut and shaggy beard that Ashton Kutcher has been sporting since the beginning of his stint of Two and a Half Men is finally gone! Two and a Half Men creator Chuck Lorre originally met Kutcher with that haircut and thought it was interesting for him to keep it on the show because no leading man on TV had a shaggy appearance like Kutcher. That is about to change. For the next new episode, Walden’s (Kutcher) appearance changes, resulting in a new, clean cut.