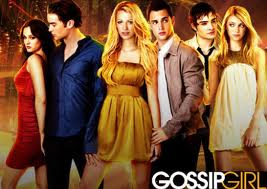 Gossip Girl isn’t a hit that it used to be for The CW, but it still has a very loyal fan base That fan base is helping save Gossip Girl from a premature cancellation. Gossip Girl will be airing its 100th episode Monday, January 30th. Producers have also revealed that Gossip Girl is a shoe-in for a sixth season. But, that sixth season is sure to be a last.

Gossip Girl hasn’t been officially renewed by the network, but it’s very unlikely that The CW will unceremoniously cancel one of the shows that help grow into the brand that it is today.

Executive Producers Stephanie Savage and Josh Safran talked to the media on Wednesday at the screening of the 100th episode of Gossip Girl, and a lot of information was extracted from both showrunners. The one big thing that fans should know –  a series finale will not be written for the end of the season, despite the decline in viewership over the past couple of seasons. Two seasons ago, Gossip Girl averaged 2.35 million viewers. Monday’s episode drew only 1.6 million viewers. In its heyday, Gossip Girl reached 3.7 million viewers, a staggering number for the young network.

Safran recognizes that networks aren’t in the game of cancelling long running shows that have suffered in the ratings anymore. That’s one thing that

gives him hope that a sixth season is all but certain.

When the sixth season approaches, it will be time to say goodbye to the privileged group of Upper East Side friends. The stars’ contracts are up at the end of season 6 and the showrunners feel it would be a great time for an “organic ending.”

If you’re a Gossip Girl fan, don’t worry, the girl will still be gossiping on the Upper East Side – for now.

Gossip Girl airs at Mondays at 8p.m. on The CW.