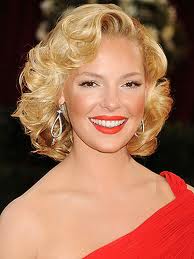 Last week, Katherine Heigl expressed that she wanted to return to the set of Grey’s Anatomy and reprise her role of Izzie Stephens, a role she played for 5 seasons on the ABC medical drama. Is it actually going to happen though?

Heigl suddenly left the show after she adopted a baby in 2010, stating that the show was an “unstable work environment” because of the rigorous hours that she was expected to work. With her leaving the show on such short notice, there wasn’t a proper ending to the storyline that she was involved in at the time (which was actually a good one).

Will she be welcomed back to show with open arms? Most likely no.

Heigl’s split from Grey’s was very public, and even though there may not be any bad blood between Heigl and Grey’s writer and executive producer Shonda Rhimes, the show has moved on without Heigl, and quite well might I add.

If Heigl wanted to return for a short arc on the show one or two seasons ago to finish the storyline she had with Dr. Alex Karev (Justin Chambers), I would have been for it. But now its time for her to move on. She gave up on the show that made her famous and trash talked it along the way.