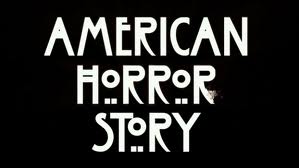 Back in December, American Horror Story creator and executive producer Ryan Murphy dropped a bomb about the second season of his hit FX drama that the show, saying will be going through a major cast shake-up – but those were all of the details he shared, until now.

Monday night Murphy appeared on the Bravo’s late night talk show Watch What Happens Live with Andy Cohen and dropped some clues on what will be happening on this next season of AHS. Murphy confirmed that recent Golden Globe and SAG winner for American Horror Story, Jessica Lange, will indeed be returning to American Horror Story for its sophomore season “appearing in some capacity.”

Murphy also told Cohen that four other people who appeared in the shows first season were in ongoing contract negotiations to appear on the upcoming season, but the four people aren’t the Harmon’s! Does this mean Dylan McDermott, Connie Britton, and Taissa Farmiga are gone for the show for good? Quite possibly. In the season finale, we saw the Harmon’s  re-united (as ghost), and looking like they finally found happiness together after a rough season of struggling through family turmoil, and a house that looked like a dream house, but turned into a living nightmare.

One thing Murphy did tease is that the new season will take place on the East Coast in a “horror institution.” Maybe the horror institution in North Carolina that was featured in the episode “Birth” is the setting of the new season. Murphy has always hinted that clues for season 2 were routed in this episode, so maybe its time to take a walk back down American Horror Story lane!

More information on the shows upcoming cast, new storyline, and new location should be revealed slowly over the next couple of weeks before the show starts shooting season 2, which is targeted for an early fall premiere.