In the wake of discovering that this will be the last season of House, as well as already knowing the Desperate Housewives of Wisteria Lane will be exiting this season, I wanted to take a walk back down memory and revisit 2004-2005, the season that gave us some of TV’s biggest shows, many of which are still on the air this season.

Eight years ago, back when there was still UPN, The WB, and The CW never existed, over 60 new shows premiered across all six networks. Naturally, a good chuck of them didn’t survive to the next season, but the one’s that did made a last mark on viewers, and a last mark on the television landscape.

2004 was the season when ABC became relevant again. Before this season, ABC relied on The Bachelor (which was a huge

hit back then), family sitcoms (very different from Modern Family and Suburgatory), and Monday Night Football. Coming off of a fourth place finish in 2003-2004, ABC needed to be rejuvenated, and that’s what happened the next season. Enter Desperate Housewives, Lost, Boston Legal, and Grey’s Anatomy. These four series skyrocketed ABC from fourth to second place in the matter of weeks, giving the network new viewers, universal acclaim, great publicity, and nominations from The Emmys, Golden Globes, and SAG Awards for all four series. 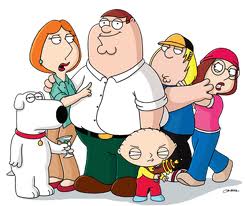 When House premiered on Fox in 2004 it always wasn’t a hit, but it blossomed into the network’s top drama just a few years after it premiered. Family Guy also made its triumphant return to Fox in January 2005, as well as another Seth MacFarlane cartoon, American Dad, and which are still going strong today.

Despite 2004-2005 being one of NBC’s worst seasons ever after the ending of comedy staples Friends and Frasier, NBC did manage to find some 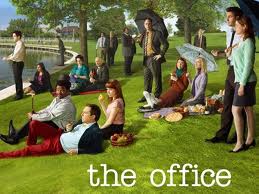 hits buried in the sea of failure with the debuts of Medium, The Office, and The Biggest Loser. Medium was a staple on NBC for five seasons, before CBS picked up the show for another two seasons. The Office was another show that started with a slow pace until it found its groove, and is now one of NBC’s top rated shows. The Biggest Loser is currently on its 13th cycle on the network.

Other successful, quality, and long running shows from this season include UPN’s Veronica Mars, and CBS’ Numb3rs and CSI: NY.

The reason why all of these shows were successful this particular season is because the networks were inventive this season, something that has been lacking in subsequent seasons. There was never a show like Desperate Housewives, a serialized drama like Lost, a multiracial ensemble like Grey’s Anatomy, or an unconventional doctor like House on TV before, at least not on network TV. Shows like these only existed on cable.

As we look at the good from 2004-2005, its only far that I highlight the bad TV that season, and there was a lot of it – most of it coming from Fox in the form of ripoff reality shows. The Fox schedule was overstuffed with reality ripoffs from other networks like Nanny 911 (a ripoff of ABC’s Supernanny), The Next Great Champ (a ripoff of NBC’s The Contender), and other bad reality shows like The Complex: Malibu, and My Big Fat Obnoxious Fiance, Fox lead the pack with bad reality shows.

NBC wasnt too far behind in the worse shows of 2004-2005 race. The network took a huge blow after two of its top sitcoms faded away after decade long runs. Viewers were left with shows like Hawaii, LAX (which I loved, to be quite honest), Father of The Pride, Committed, Medical Investigation, and the worst of the worst, the Friends spin-off Joey. Remember any of these shows? Probably not. Besides Joey, none of these shows made it to a second season. 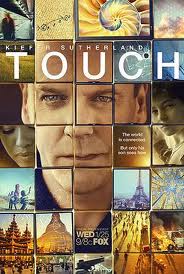 Even though there are some great pilots this year like Awake, Smash, Once Upon a Time, and Touch, it’s too soon to tell if these shows will be around as long as the class of 2004-2005. Even with House and Desperate Housewives leaving at the end of May, there are still six other shows that will keep the 2004-2005 legacy alive, and keep viewers entertained and remind them why 2004-2005 was such a great season.