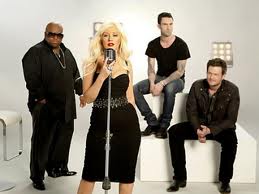 Last week, NBC announced that its ratings juggernaut The Voice will make the move to the fall with hopes to rejuvenate one night later in the year, just like it’s doing now on Monday nights.

This is the fun part – trying to figure out where exactly the new home of The Voice will be.

I love network schedules, and I love finding out where shows will end up. While we won’t know until NBC announces their fall schedule in May, there’s no reason why we can’t speculate right now.

As of now, the ball is in NBC’s court. The Voice is currently the #1 show on television, beating out rival American Idol in the 18-49 demo. If The Voice can sustain the momentum that is has now into the fall, NBC can slot this show anywhere and have it be a ratings winner.

It’s very unlikely that NBC will continue The Voice on Monday’s where there’s other work to be done on every other night on their schedule. NBC won’t rebuild its schedule in a day, they need to start off one night at a time. Since NBC knows The Voice will work on Monday’s against CBS’ strong night of comedies, why not try their luck somewhere else?

If NBC wants to swing for this fences this fall, they’ll go after some of the biggest show’s on television, ABC’s Modern Family and Fox’s The X-Factor. If NBC slotted The Voice from 8-10p.m. on Wednesdays, it would easily defeat Modern Family, The X-Factor, CBS’ Criminal Minds, and anything else that occupies that timeslot in the fall.

Another possibility is for a Tuesday slot to compete with the indestructible NCIS duo on CBS, and Fox’s vulnerable hit Glee. However, if this move did happen, NBC wouldn’t be using The Voice to its full potential.

My ultimate wish is for The Voice to land on Thursday nights from 8-10p.m. Yes, this is where NBC’s aired its precious sitcoms, but if you look at

the ratings for NBC on Thursday nights, they aren’t good, and they haven’t been good for years. 30 Rock, Parks and Recreation, The Office, and Up All Night aren’t pulling their weight on Thursdays anymore, resulting with weeks of finishing in fourth place overall. Bring the #1 rated Voice to Thursdays, where advertisers pay the most to reach consumers before the weekend, and NBC will surely have the #1 crown on Thursdays yet again.

Another advantage of having The Voice on Thursdays, it will serve as the perfect lead-in for a new drama series. The Thursday 10p.m. slot on NBC was once one – if not – the most coveted timeslots on television for a drama back in NBC’s heyday, and it could be again with the help of The Voice.

It will be easy for NBC to find other places on the schedule for these four comedies, and any new ones this fall. The network is known for comedies on Thursdays, but once upon a time, The Apprentice did air at 9p.m. on Thursdays, backlash was had, but it did decently well in the ratings.

An announcement on where The Voice will air this fall won’t be for another couple of months, and nights and times will continue to be highly speculated, but Thursday is the most logical night for this relocation when you consider ratings, advertising dollars, and most importantly, rebuilding NBC’s schedule.

The Voice on Thursday nights = the return of Must See TV