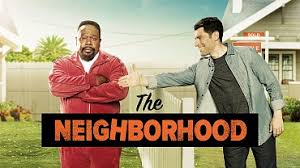 In 2018, there’s a right way and a wrong way to address racial issues from the African-American perspective on television. We’re blessed with shows like “Atlanta” and “Black-ish” that tackles racial issues and social commentary head in an unapologetic way. We also have shows like CBS’ newest Monday night entry “The Neighborhood”, which could be a stellar sitcom, but as it goes into its third episode this Monday night it hasn’t quite found its voice on how to proper handle racial humor.

I’m still holding out hope for this series. First off, it has a wealth of talent leading the show with Cedric the Entertainer (“The Steve Harvey Show,” “The Last O.G.), Tichina Arnold (“Martin,” “Everybody Hates Chris”), Max Greenfield (“New Girl”), and Beth Behrs (“2 Broke Girls”). With the exception of Greenfield, these actors come from the multi-camera sitcom world so they know how to hit their marks and stretch a joke for a live studio audience, but that isn’t the issue here. The chemistry is there and will only get stronger as the show goes on. It’s the humor – specifically the racial humor – that I have a problem with. It plays like a CBS show from 1988 instead of 2018. 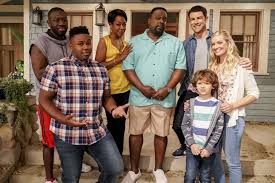 The basic premise is a white family Dave (Greenfield) and Gemma (Behrs) move from Michigan to an all black neighborhood in Los Angeles, right next door to the black family Calvin (Cedric the Entertainer) and Tina (Arnold). Now this is not a groundbreaking premise by any means, but just having African-Americans leading a CBS show – a network knows for its extremely lack of diversity and inclusion – is progress that I am happy with.

However, after watching the first two episodes, I’m just left unimpressed and disappointed at the opportunities that aren’t being utilized here. Not only is the cast not being given good material to work with, the premise of “i hate the new neighbors because they’re white” is lazy writing for a cast that deserves so much more.

The biggest problem with “The Neighborhood” is Cedric the Entertainer’s character Calvin, and the way he treats Dave and Gemma right from the start as if they don’t belong in the neighborhood because they’re white. From Calvin’s perspective, the show portrays his view of his new neighbors as white = bad. It’s just upsetting at the level of ignorance Calvin has for his new neighbors. Dave and Gemma are just a young (white) couple who happen to buy a house because it’s close to Gemma’s new job and the house is affordable. They’re portrayed as a nice family who don’t come across as racist, elitist, or “better than” anybody else. Calvin doesn’t see that and treats them like the enemy instead of trying to get to know them and become friends and neighbors. The second episode doesn’t get better. Dave needs help fixing a pipe that burst in his basement and Calvin is reluctant to help him because he’s — white! The running gag of Calvin hating his neighbors because of their race was a joke that should have been resolved by the end of the first episode so the story could progress in a positive direction. If the roles were reversed and a black family was being treated like this moving into a white neighborhood, this series have never made it to air.

This goes back to my original point of using its platform to showcase its racial humor for good. “The Neighborhood” has the chance to educate and entertain at the same time. Instead of Calvin finding ways to hate his new neighbors because of their race, they should shed a light on the families’ differences and tackle them head on. I can’t imagine that a white family from Michigan would have anything in common with a black family from Los Angeles, and that’s perfectly fine. Build on those differences and bring the families’ together based on those differences. When “The Neighborhood” starts to focus its jokes on why these families are different, educating each other on their differences so they can come together for the better, and not just focusing on the color of their skin, this show can take off – and hopefully this happens soon because this cast is just too good to waste!

Tackling race on television is nothing new, and with the cultural divide that America is going through right now, we need shows that bring people and cultures together, not break people down and tear people apart due to their skin color, gender identity, religion, or anything else. “The Neighborhood” is a show that just needs to realize that it has one character that needs to have a breakthrough and learn that not all people from another race are bad. Once Calvin learns that lesson, and the writers figure out how to properly tackle race without putting people down, CBS will have something good on their hands.

“The Neighborhood” airs Monday nights at 8/7c on CBS.