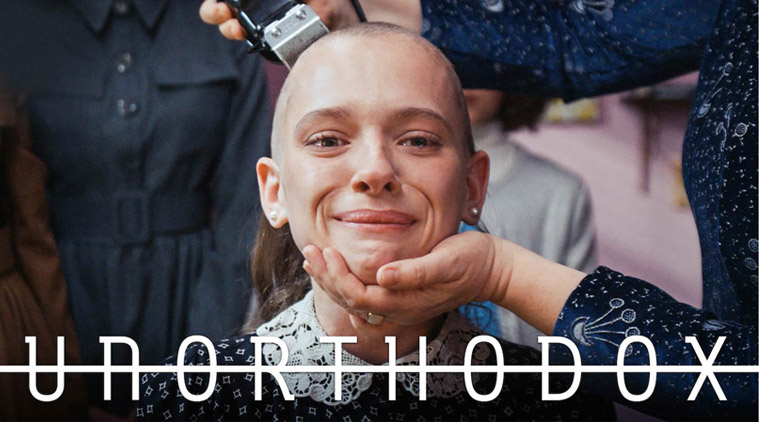 The Outstanding Limited Series race has been a hotly contested category for years, but many limited series fail to garner much deserved nominations due to the categories limited nomination slots, a paltry five compared to six or seven in the Outstanding Drama/Comedy categories. The Academy of Television Arts and Sciences recently announced the expansion of the comedy and drama categories to eight, based on the number of submissions but unfortunately this won’t help the limited series category. With so much competition this year it begs the question, can a deserving limited series like the spectacular Unorthodox on Netflix break through with a surprise Outstanding Limited Series nomination?

That’s an extremely tough question for me to answer. First and foremost, I fell in love with Unorthodox and everything about it! The journey following Etsy (Shira Hass), a young Orthodox Jew living in Williamsburg, Brooklyn who deflects her arranged life and flees to Berlin, Germany to start a new life, is full of heartbreak, terror and triumph. The story is told through the past and present tense, weaving back-and-forth throughout its easy to consume four episodes that run a tight 50 minutes each. We follow Etsy as her marriage is arranged, through typical Orthodox Judaism traditions, to her husband Yanky (Amit Rahav), their trails and tribulations of the first year of marriage where Etsy is immediately expected to become pregnant, and dealing with the internal and external troubles of not only being unable to conceive, but also struggling to learn how to be intimate with her husband.

The story bounces from Etsy’s life in Brooklyn, her fleeing to Germany with the help of her piano teacher Vivian (Laura Beckner) in New York, to her stumbling upon a group of diverse college students where Etsy not only learns about life outside what she’s known during her 19 years, but also learns about herself in a way she was discouraged to at home, finally being able to explore her extraordinary musical talents, and fall in lust with Robert (Aaron Altaras), a cute boy who helps Etsy explore her sexuality – something she’s forbidden to do with he husband, Yanky . There’s not one part of the series where you’re not rooting for Etsy to succeed, even when she’s falling under the pressure, and presumably failing, to be the perfect Orthodoxian wife.

The performance of Shira Haas is what gets you through Unorthodox in one sitting. This isn’t because the majority of the screen time belongs to her, but due to her commanding presence. Her range of emotions, subtle facial expressions of fear and pain of realizing she may not be able to escape this life that she hasn’t chosen, or Haas’ displays excitement and bewilderment and wholesomeness when she’s exposed to something new while exploring her potential new life in Germany. Haas has you glued to Etsy right up until the final shot.

I have nothing negative to say about Haas or Unorthodox. I just hope Emmy voters have the chance to watch this limited series and can find ways to nominate this great piece of work beyond the craft categories, which in turn will allow more people to discover this gem within Netflix’s deep bench of content.

I must admit, I don’t know if it can crack the Outstanding Limited Series race, or if Haas can earn a nomination for Outstanding Actress in a Limited Series based on the category’s sheer amount of competition this year. Not saying both aren’t absolutely deserving, but with so much series and actresses vying for five slots, is Unorthodox among the ranks of presumptive fronturnners Watchmen, Mrs. America, I Know This Much Is True and other on-the-fence nominees Hollywood, Little Fires Everywhere, Unbelievable and Defending Jacob? Can Haas, with a breathtaking performance, overcome another young actress Kaitlyn Dever (Unbelievable), who’s also fighting for a well-deserved nomination alongside her more established co-star Merritt Weaver? Both limited series are from Netflix, and I have a feeling that Unbelievable is higher on Netflix’s priority list due to the name recognition of its stars. Shame on the limited series categories only having five nomination slots!

Whether Unorthodox grabs any Emmy attention or not, it won’t take away the fact that it’s an amazing piece of work that deserves to be watched by all!

You can stream Unorthodox on Netflix.