After a 2 week hiatus, NBC’s Saturday Night Live hit a season high in the ratings with host Charlie Day, star of It’s Always Sunny in Philadelphia, along musical guest Maroon 5.

SNL earned its best household ratings of the season, 4.9/11, its best since this season’s premiere with host Melissa McCarthy (Mike & Molly) and musical guest Lady Antebellum. SNL’s 18-49 rating was even more impressive, pulling a 2.8 rating a 12 share, the best 18-49 rating since the highly anticipated season finale in May with Justin Timberlake and Lady Gaga. 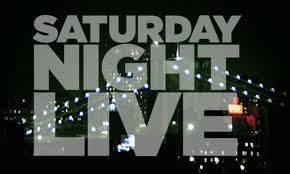 throughout the night. Day helped the show to deliver one of its best, and funniest shows of the season. Day’s It’s Always Sunny co-star Danny DeVito made a guest cameo during Day’s monologue.

The skit that was the big winner of the night however, was the one spoofing Kim Kardashian in “Kim Kardashian’s Fairy tale Divorce Special,” mocking the media vixen’s quick divorce and the E! special that would be expected to go along with the slew of other Kardashian series’ on E!

To check of the hilarious Kardashian sketch, click here  http://www.nbc.com/assets/video/widget/widget.html?vid=1366614